Racing for the first time outside the breakwater in very different conditions from those tropical conditions of previous editions. The Thom 28 fleet in great shape and a lot of close racing. Many familiar faces and a big welcome to the new team, a combined group from Belgium/Venice.

DMTRA showed the depth of their experience by winning all their races, but often having to fight back against very determined opposition.

Despite the forecast of big breeze we had lighter conditions, but a big swell. Clearly a tricky boat to figure the best off wind angles which resulted in some impressive position changes.

The WS Test Rule was well observed resulting in an absence of those hair raising dial downs which have been a feature of previous events.

British problems with leaving Europe were reversed when a significant part of the Royal Thames found difficulty in leaving the UK last night. Bavaria kindly provided a troop of substitutes to keep the show going.

Slick race manegement kept the racing going at a good pace… but as the afternoon drew in and the temperature started to plummet it was time to decant to the bar… which in addition to beer had a supply of excellent hot chocolate.

The Gala Dinner tonight and racing planned to be inside tomorrow starting at 0900 with the daily briefing. 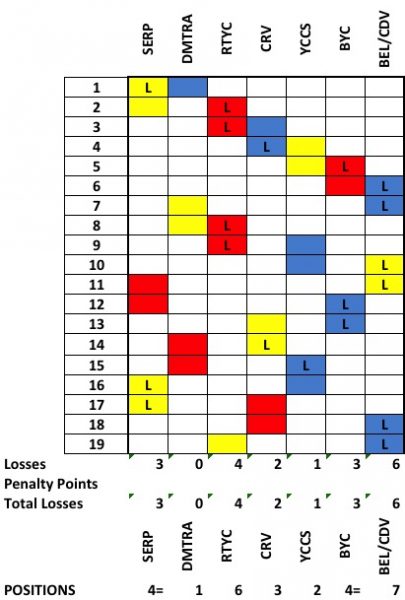